With my brother moving out he decided not to take all his furniture. In high school he did carpentry and made a really nice dresser, fast forward five years of it living in a boys room and it needed some work. But I also needed a new dresser, so I adopted it. First, and easiest, the top had a few rough encounters with incense and was covered in burn marks. I happened to walk past the contact paper and the fun pattern just jumped out at me. Lots of smoothing (and re-lifting, and smoothing…) later it looked fresh and new! 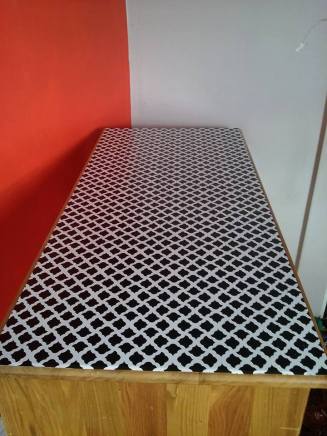 Its other big problem; it was covered in scratches. most were just surface marks and after a bit of googling I found a great recipe for a fixer: 1 part olive oil and one part white vinegar. Mix until thickened then rub over scratches. Gone! All but the one very deep mark were gone instantly, and STAYED gone after drying. 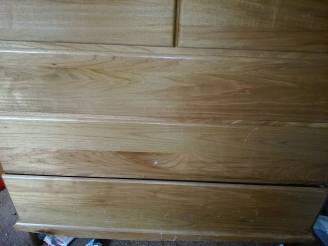 Last it needed some pulls, I’ve only just begun to master the power drill, but we had a good go of it, and all 8 holes went easy and straight! Picked out some cute pulls from Home Depot for less than a buck each. 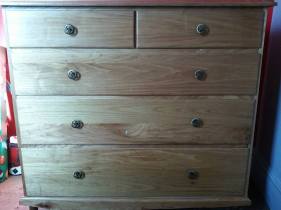